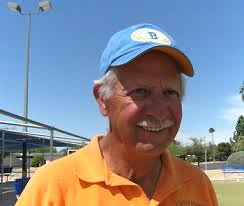 Long time Central Division and Milwaukee Lake Park member Jack Behling passed away August 12th after complications from heart surgery.  Jack started bowling at the Milwaukee West club and moved to Lake Park after the dissolution of the West club.  He won numerous club and division tournaments along with his other bowling accomplishments.  Here’s how Bowls USA describes his bowling career on its Hall of Fame page:

“Jack Behling was elected ALBA “Bowler of the Decade” for the 1990’s. At the USLBA National Open Jack has succeeded in every discipline: winning the Fours in 2006, the Triples in 1998, the Pairs in 1991 and 1992, and finishing second in the 2003 singles. At the US Championships he won the Pairs in 1995 and the Singles in 2006. As a member of team USA for fifteen years, Jack competed in the Asia Pacific games in New Zealand and Malaysia and at World Bowls in the UK, Australia, and Scotland. Jack is always willing to help other players-whether novice or veteran. He is keenly interested in all aspects of bowls and has served as Central Division Councilor and Milwaukee Lake Park LBC greenskeeper.”

Jack also won the US Championships (now renamed the National Championships) singles in 2010.  He retired from the Milwaukee Fire Department where he reached the rank of Battalion Chief.  A chief on the greens as well, he was known for his great ability and for his competitive intensity.  Jack will be missed by his friends in Wisconsin and Arizona.
Top